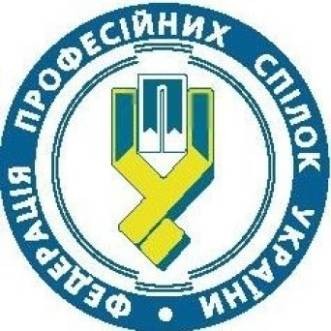 On 20 September 2022, the Verkhovna Rada of Ukraine established the Temporary Investigation Commission to investigate possible violations of the legislation of Ukraine in the field of receipt, distribution, transportation, storage, use for intended purpose of humanitarian and other assistance, as well as inefficient use of state property that can be used for temporary accommodation of internally displaced persons and other needs of the state.

This Commission was created after a loud scandal related to theft of international humanitarian aid on an industrial scale in Zaporizhzhia region.

From the explanatory note to the Resolution of the Verkhovna Rada on establishment of the Temporary Investigation Commission (hereinafter the Commission):

“At the same time, there are cases of violations of Ukrainian legislation regarding receipt, distribution, transportation, storage and misuse of humanitarian aid. Among such resonant violations, it is worth noting the cases of theft of property, namely 22 sea containers, 389 railway wagons and 220 trucks of humanitarian aid in Zaporizhzhia region, which were reported by the media and the NACP”.

At the same time, this note contains a passage about the Federation of Trade Unions of Ukraine:

“At the same time, there is a problem of temporary accommodation of internally displaced persons, other persons affected by the armed aggression of the Russian Federation against Ukraine (including pensioners, persons with disabilities, orphans) in educational, sports, recreational institutions that belong to state or municipal property, as well as are owned or managed by legal entities and individuals.

At the same time, taking into account the method of transferring the property of all-union public associations of the former USSR to the jurisdiction of the Federation of Trade Unions of Ukraine, its use, first of all, for the needs of internally displaced persons, other persons affected by the armed aggression of the Russian Federation against Ukraine (including pensioners, persons with disabilities, orphans), etc. requires additional research and verification of compliance with the interests of the State”.

We would like to draw your attention to the fact that this Commission includes the Chairman of the Committee on Social Policy and Protection of Veterans’ Rights of the Verkhovna Rada of Ukraine Halyna Tretiakova.

The Chairman of the Commission is the MP of the Servant of the People party Serhii Kozyr.

Meeting at the Ministry of Economy: seized hotels and sanatoriums are proposed to be turned into housing for internally displaced persons.

“Now we have about 80 properties that we can put up for tender to find new managers. These recreation centres and hotels are subject to litigation. They are seized and managed by the ARMA. Each hotel or recreation centre may include several real estate objects. A prerequisite for such tenders will be that the new manager must ensure the transfer of 10-20% of the number of rooms for the needs of internally displaced persons,” said the Acting Head of Asset Recovery and Management Agency Dmytro Zhoravovych.

Note: we are talking about trade union facilities, which are currently occupied by refugees from 50% to 90%. The stay of some refugees is funded by the American charitable foundation Corus International, whose President is Daniel V. Speckhard met with trade unions on 26/10/2022.

On 03/11/2022, the ARMA website posted announcements on search for managers and sellers for a number of trade union facilities, from which, according to a court decision, arrests have been lifted and they are 100% owned by trade unions. This announcement is illegal.

ARMA is a subject of investigation by the NABU (National Anti-Corruption Bureau) in cases of seized property:

As established, the seized property was handed over to ARMA under the pretext of executing the decisions of the investigating judge. ARMA officials, in turn, issued conclusions that such assets are difficult to manage and store, or they quickly deteriorate and may lose their value. The property then was assessed by a company involved in the scheme at a significantly reduced value that was further applied during electronic auctions organized by SETAM. The participants in the scheme organized the bidding in such a way as to ensure the victory of a predetermined private company.

17 votes – the Platform for Life and Peace (the ex-OPFL, Medvedchuk’s pro-Russian party);

11 votes – the Restoration of Ukraine (the ex-OPFL, Medvedchuk’s pro-Russian party);

As we can see, despite all patriotic statements of the ruling party, they actively use the votes of representatives of the pro-Russian party.