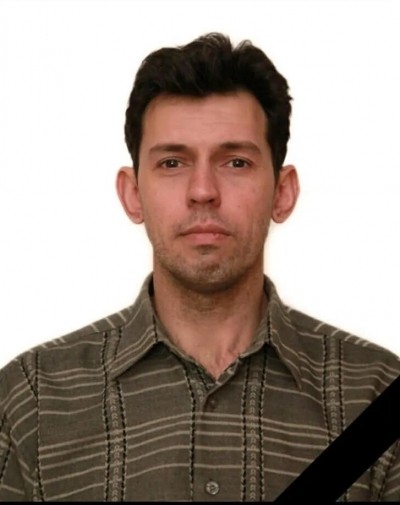 Yevhen Mykolayovych Tkachenko was born on 26 October 1977. For more than two decades he worked as a turner in the Repair and Mechanical Plant No. 2, which was once a production unit of PJSC ArcelorMittal Kryvyi Rih, and now LLC Foundry and Mechanical Plant. Yevgeny was known in the company as a high-level specialist-professional, who taught many young workers to work. He was among those who were the first to master the new equipment, who was entrusted with the most complex orders, because it was known that he would do everything quickly and efficiently. For his willingness to help, support and protect his colleagues he was elected to the leadership of the trade union. He was killed on 21 October during a combat mission near the town of Belogorivka, Lugansk region.

In inconsolable grief, the deceased leaves an orphaned mother, a wife, three daughters and two granddaughters.