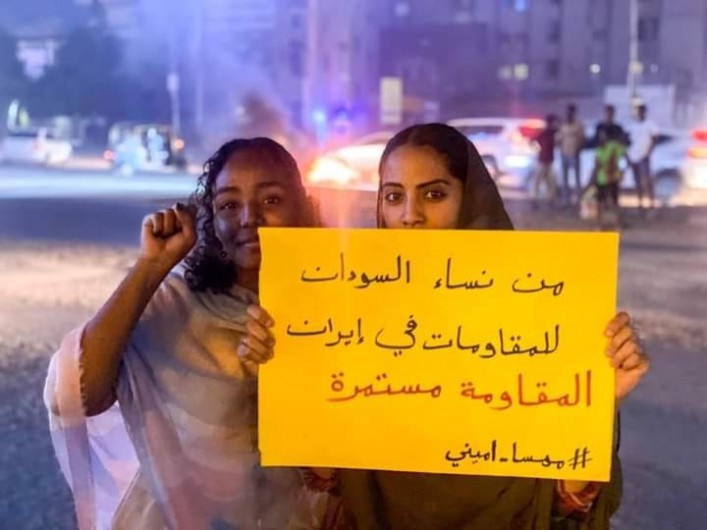 The Sudanese movement No to the Oppression of Women (La liqahr al-nisa’a) published this statement on their Facebook page in Arabic. The regime of Omar al-Bashir in Sudan, who was overthrown by a popular uprising in 2019, used similar tactics to the Iranian regime to instil fear and division by attacking women for ‘immodest’ dress and punishing them on suspicion of violating its repressive laws. As in Iran, many women paid a heavy price for this, facing beatings, jail and even death at the hands of the police. Awadia Ajnaba was shot dead by Al-Bashir’s “public order police” in the Sudanese neighbourhood of Al-Daim as they opened fire on her family and neighbours in 2012. Nadia Saboon, who earned a living selling tea, was another victim of the public order police in 2010. She was caught up in a police raid and fell onto a piece of metal, sustaining an fatal injury as she tried to escape. Awadia Ajnaba and Nadia Saboon’s names and stories were carried forward by activists, and became part of the story of the revolution itself, as millions of women took part in the huge protests and strikes which brought down Al-Bashir and continue to resist his successors.

From Awadia Ajabna and Nadia Saboon, the martyrs of Sudan’s public order police to Mahsa Amini, the martyr of Iran’s morality police.

The Women’s Revolution is against oppression and subjugation. It is against the domination of political religion and the mentality of those who see women’s bodies as theatres in which to enact their control and domestication of the people. Women and girls have been killed by the public order police in Sudan, and now Mahsa Amini in Iran has been killed by the morality police. 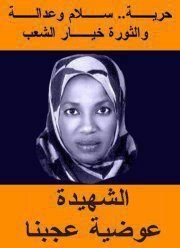 The “No To Women’s Oppression” initiative stands in solidarity with the women of Iran in their struggle against murder and against oppression. Anything that affects the rights of any woman in the world is our issue. The morality police in Iran are the public order police in Sudan. They are oppression, repression and killing, disguised as morals and political religiosity.

No to the Oppression of Women