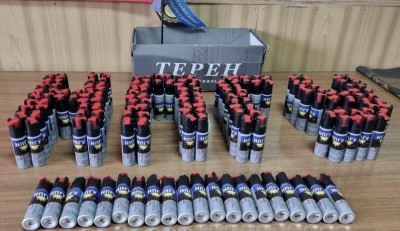 The Independent Miners Union of Ukraine (NPGU) has purchased Tear gas bombs to provide to union members so that they feel more confident going to work or returning home in the dark after a day's work.

According to the head of the NPGU Yurii Samoilov, the decision to buy self-defence equipment for women was made earlier, but it took some time to buy it, and now we have to deliver it to the NPGU sections of all enterprises in Kryvyi Rih. According to Yuriy Samoilov, this is not easy either in times of war and enemy bombing with missiles and drones, but it is necessary. 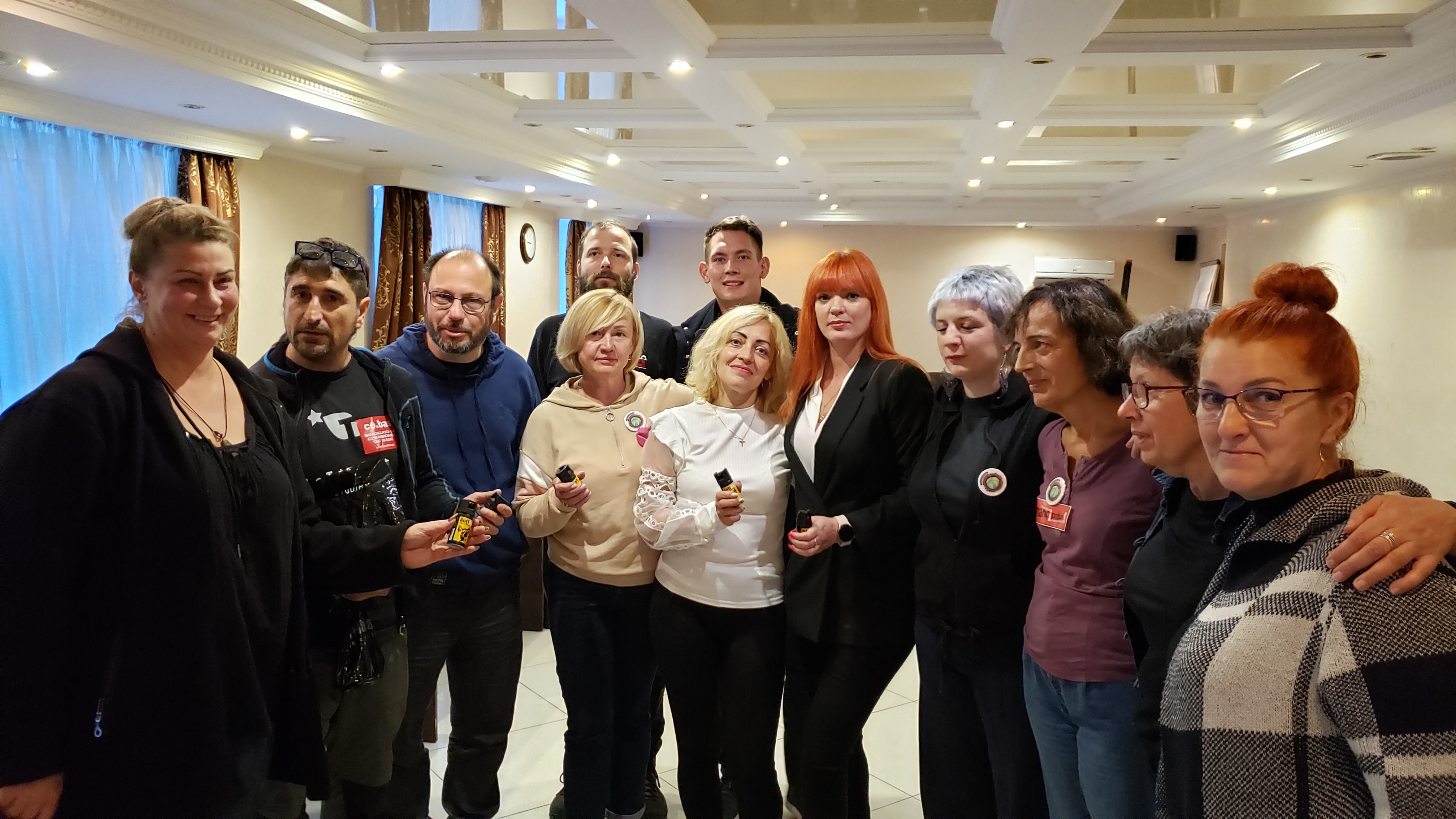 See also the photo report on the second convoy of the International Trade Union Network of Solidarity and Struggles.

Here the delivery of self-defense materials to the women of the union.

We had planned to buy means of protection for NPGU members at the time of the attack on the deputy head of the NPGU in the town of Kryvyi Rih and activist of the Confederation of Free Trade Unions of Ukraine (KVPU), Olena Maslova," recalled Yuriy Samoilov. And now, when there are power cuts and a reduction in electricity consumption to save it, women and sometimes men need means of self-defence. We are currently using different methods to transfer Tear gas bombs to enterprises, and at the same time we are engaged in purchasing other means needed in such cases.

It should be recalled that the attack on the activist of the Independent Trade Union of Miners of Ukraine and the Confederation of Free Trade Unions of Ukraine, Olena Maslova, took place at 11.10 p.m., when she was returning home from work at the Ternovskaya mine of PJSC Kryvyi Rih Iron Ore Plant. Then she was attacked from behind by a two-metre tall man. The attacker hit the woman on the head with a heavy object and then continued to hit her. However, Olena, who was in good physical condition, desperately defended herself until officers arrived at the scene and immediately gave her first aid and recorded a statement about the attack with the police.

Published by the KVPU