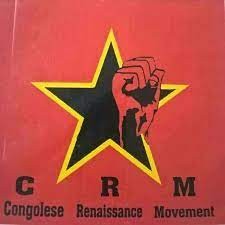 The member organisations of the International Labour Network of Solidarity and Struggles expresses their solidarity with Teachers Union (SYECO) and the National Union of Catholic Teachers (SYNECAT) in their struggle to improve the living and working conditions of teachers.

Over three (3) weeks now, teachers in Congo took to the street protesting over several issues including meagre salaries, bonus pay, retirement age, working conditions and other issues that have arisen since the free primary school programme was launched in 2019 by President Felix Tshisekedi. The government is blaming the leaders of religious groups of being behind the strike, allegations which they have categorically rejected.

The public education in Congo is a hybrid system made up of schools managed by the government with the help of faith-based organisations. Parents and teachers alike are concerned that the inability of the government to pay teachers living wages it will negatively affect the school calendar.

Since the mid-1980s, the education has nearly disappeared from the government budget, and parents have substituted the government to finance the education of their children. Though the government still manage to play an important role in the governance of the education sector but with empty pockets. The Catholic Church has taken care of the teachers salaries and allowed schools to ask parents to pay teachers for a long period of time. The rising fees has prevented many children from accessing primary education. Learners whose parents cannot afford to pay the school fees are being turned away from schools.

When the free primary school programme was launched, it was a relief to many parents to unblock the situation. This move was seen to be fulfilling the article 43 of the constitution of Congo which stipulates that primary education is compulsory and free in public school.

The free education programme was supposed to be implemented with the financial backing from the neo-liberal Brettonwood institution (World Bank). However, the lender said it was too early to tell if the programme was a success. As teachers continue with the struggle to improve their living and working conditions, learners have also decided to join in the struggle demanding the government to raise teachers salaries and improve their working conditions so that they can end a strike that has stopped lessons for more than three (3) weeks since it has started. Learners took the struggle to the national assembly demanding the members of the parliament to seek solution to end the teachers strike.

The threat by the Minister of Primary, Secondary, and Technical Education to remove striking teachers from the payroll has not broken the spirit of determined and resolute teachers. Congolese Renaissance Movement welcomes the determination of teachers and their unions to continue with the struggle against the super-exploitation of teachers.

The struggles of teachers and learners, the struggles of all workers, for improving the living and working conditions; and for the comprehensive education and the strengthening of the public school cannot be stopped by authoritarianism, threats, and intimidations. The member organisations of the International Labour Network of Solidarity and Struggles expresses their solidarity with the teachers struggles in Democratic Republic of Congo. The problems in public and private schools are almost the same in all countries. Under the pretext of the Covid-19 pandemic, the privatisation and commercialisation of education, the reduction of wages, the non-permanent job, the inequality, and the exclusion are constantly increasing.

Workers of the World Unite!