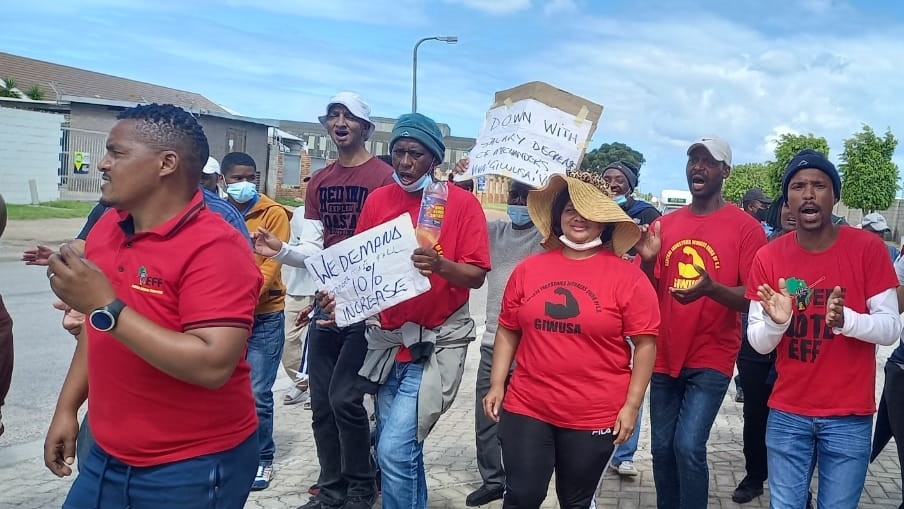 Demanding an end to retrenchments that could see over 2,000 job losses, unions have called on the South African government to take over Clover SA, the largest employer in the countrys dairy industry

The strike action by more than 5,000 workers at Clover, South Africa  a food and beverages company which is the countrys largest employer in the dairy industry  has continued for a week, with no response from the management or the government.
In a protest against planned retrenchments and restructuring which could see over 2,000 job losses, members of the General Industries Workers Union of South Africa (GIWUSA) and the Food and Allied Workers Union (FAWU) downed tools last on Monday, November 22. Unions are now contemplating an escalation of the industrial action by occupying the factories.

Along with a wage increase of 10%, the unions are demanding that the government take over the company and run it with democratic participation of workers. Clover SA has launched a multi-pronged onslaught on workers since it was taken over in 2018-19 by the MILCO consortium formed by the Israeli Central Bottling Company (CBC), GIWUSA said in a statement.

Pointing out that CBC is operating in the Occupied Territories of Palestine and is very much complicit in the human rights abuses and oppression of the Palestinian People, the unions have demanded CBC/MILCOs disinvestment from South Africa.
At the time of Clovers takeover by MILCO, the CEO was granted a loan of R107 (USD 6.61) million in order to allow the senior management of Clover to obtain shares in the consortium. While this loan amount has not been recovered from the CEO, the company is planning to reduce expenses by cutting labor costs by R300 (USD 18.53) million.

Clover is insisting that the workers accept a 4.5% wage hike, which is below the inflation rate and fails to stop the declining purchasing power of workers. The company has also planned large-scale retrenchments.

GIWUSA stated that the company wants to retrench 350 workers nationally and close 4 branches affecting a further 300 workers. The retrenchments of these 650 workers are in addition to the workers who have already left the company via Voluntary Severance Packages (VSPs) during the months of July/August ( and here we are talking about more than 800 workers).

GIWUSA president Mametlwe Sebei told Peoples Dispatch that workers chose to opt for VSPs not out of choice but due to lack of alternatives. The company is shutting down its inland branches and moving to coastal areas like megacities in Durban. Workers in the inland live on communally-owned tribal lands, which do not cost them any rent. In Durban, even a shack cannot be rented for less than R1,000 (USD 61), which they are not in a position to afford. Thus these workers were forced to accept VSPs.

With another 812 workers set to lose their jobs once the company embarks upon the relocation of its City Deep Branch to Atlas Road in Boksburg in February 2022, the total jobs lost will exceed 2,000.

In addition to cutting costs by shedding jobs and refusing wage-hikes above the inflation rate, the company is also imposing several austerity measures on the workers. These include the forcible imposition of a compressed working week of 12-hour shifts and changing from a five-day working week to a six-day working week, as per GIWUSAs statement. The unions have called for withdrawal of these measures.

The strike action so far has caused a major disruption in production. Many of the companys products are running short in supply. But the company still refuses to heed to our demands. So we are contemplating an escalation of strike by occupying the factories next, Sebie said.